From Teenage Mutant Ninja Turtles: Secret of the Ooze, Mutant Rahzar, as a stylized Funko POP! Rahzar is a mutant gray wolf minion of Shredder and cohort to Tokka. When Shredder found out that the substance that mutated the Turtles had been created by T.G.R.I. (Techno Global Research Industries), he sent his Foot Ninja to steal the Ooze and kidnap head TGRI scientist, professor Jordan Perry. Shredder instructs Perry to use the ooze to mutate an Alligator Snapping Turtle and a Gray Wolf, kidnapped from the Bronx Zoo thus creating Tokka and Rahzar. However, Jordan had secretly altered the mutagen, and as a result, the 2 mutants had the intelligence of human infants. Oroku Saki “Shredder” ordered the monsters to face him in battle, to teach them who their master was, the infantile mutants misinterpreted the word “master“, thinking it meant “mamma” and hugged him instead. Angered, Shredder ordered them to be destroyed, but Perry had sympathy for them and showed Saki their total obedience to him and that, as they were “playing” in the junkyard, lifting a large truck as if it were a toy, they had great strength.

This prompted Shredder to keep them alive. Despite their low intelligence, the 2 mutants’ incredible physical strength and intimidating demeanor made them more than a match for the Turtles. On their first encounter at Shredder and Tatsu‘s junkyard base, the Turtles were ill-prepared and barely managed to escape when trying to save their brother Raphael from capture and rescue Dr. Perry. Shredder unleashes Tokka and Rahzar on a neighborhood where they cause a lot of damage. The next day while the police were investigating the attack, April was confronted by some Foot Ninjas where Freddy has her give a message for the Turtles. If they didn’t meet The Foot at a construction site near the docks, Shredder would set Tokka and Rahzar out again into Central Park. As many people would get hurt, The Turtles and Splinter agreed that there was no other choice but to face Shredder. But the professor had a plan, with the help of Donatello and Keno, Dr. Perry prepared an anti-mutagen to de-mutate Tokka and Rahzar, which had to be ingested.

During their second encounter at the construction site, amidst a distraction, Leonardo and Michelangelo trick Tokka and Rahzar into eating the antidote (they froze the concoction into ice cubes and then hid them in a box of donuts, which they then offered to the two mutants as the “ritual of the traditional pre-fight donut”). Rahzar and Tokka devoured some of the donuts with continued coaxing from the Turtles. Surprisingly, Rahzar, regardless of his infant-like mentality, figured that something was wrong with the situation, and crushed one of the donuts in his claw, to discover the anti-mutagen cube. Enraged, Rahzar smashed Michaelangelo through a wall and Tokka smashed Raphael into the Dockshore Club interrupting a crowded dance concert by Vanilla Ice. As the final showdown commenced at the club, Leo and Raph were fending off Rahzar and Tokka’s snapping attacks. Dr. Perry informed them that their repeated burping was slowing the anti-mutagen and that carbon dioxide was needed to speed up the demutation. The Turtles knocked their foes flat on their backs and shoved fire extinguishers into the creatures’ mouths, which administered the needed carbon dioxide. Finally, the antidote took effect and the 2 mutants returned to their animal forms. 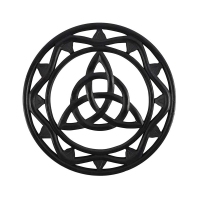 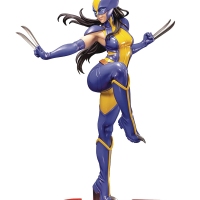