No matter from which angle this Uchiha Itachi Statue it is viewed, it is pleasing to the eye. Reproduce anime poses with rich hands, with great attention to color and detail. The 360° perfect shape has no dead ends, the action portrays the beauty of Itachi with his Summoned Crows. Itachi Uchiha was a shinobi of Konohagakure’s Uchiha clan who served as an Anbu Captain. He later became an international criminal after murdering his entire clan, sparing only his younger brother, Sasuke. He afterwards joined the international criminal organisation known as Akatsuki, whose activity brought him into frequent conflict with Konoha and its ninja, including Sasuke who sought to avenge their clan by killing Itachi. Following his death, Itachi’s motives were revealed to be more complicated than they seemed and that his actions were only ever in the interest of his brother and village, making him remain a loyal shinobi of Konohagakure to the very end. Even within the famed and battle-adept Uchiha clan, Itachi was a genius of such talent, he consistently showed prowess well-beyond his years, effortlessly learning new jutsu from simple observation, and rising rapidly through the ninja ranks.

His prowess rivalled Shisui Uchiha, who was well-regarded as the strongest Uchiha of their time. He was highly proficient in all 3 main ninja skill sets and gained praise from allies and foes alike, Orochimaru, 1 of the 3 Sannin, openly admitted Itachi was stronger than he was. Obito Uchiha revealed that despite being weakened from illness and Sasuke having absorbed Orochimaru’s power, Itachi could have killed Sasuke during their battle if he wanted to. Even when restraining himself, a team of jonin were still pushed to their limits against Itachi. Itachi could summon crows, which he would typically call forth in flocks to swarm opponents and distract them. He even integrated crows into clones of himself that would draw opponents’ attacks. He was likewise able to create shadow clones and from which could lure in opponents before exploding. Itachi Uchiha was also well-versed in fuinjutsu, particularly those that would activate in the presence of a specific person’s Sharingan. From his time in Anbu, Itachi became proficient in stealth, infiltration, and assassination. Uchiha Itachi’s Summoned Crows Statue sizes: 11.4 inches / 29 cm. 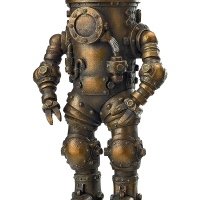 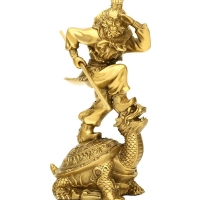 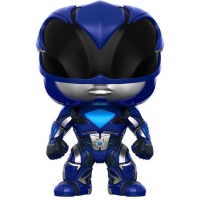 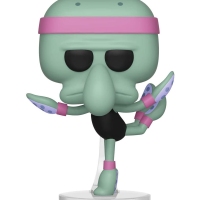 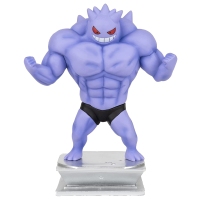 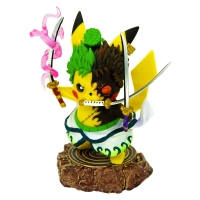 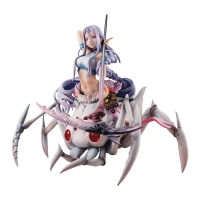 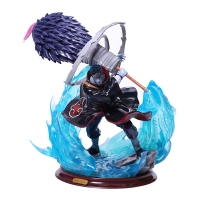